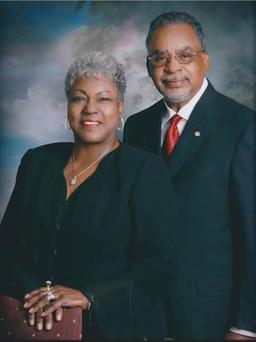 He has been a member of the Board of Trustees of Southwestern Christian College for more than twenty years, and presently serves as Chairmen of the Board.  His work on that board has been outstanding.

He is also a life member of the Air Force Sergeants Association. His wife of 61 years is the former Doris J. James of Abilene, Texas. They have four children John II, Jarilyn, James, and Jared. Additionally, they have 12 grandchildren and six great grandchildren.

​Brother John H. Dansby Sr., was born February 15, 1938, in Fort Worth Texas.  He was baptized into Christ by Nokomis Yeldell, in Abilene, Texas during the summer of 1958.  Brother Dansby presently labors with the Russell Road congregation of Shreveport, Louisiana.

He has also taught Management, Leadership and Communications for Wiley College, Management for Louisiana Tech University and Leadership Management for Central Texas College.  He has been in Louisiana over 40 years.  He also works as the Director of Staff/Finance for the National Crusade for Christ.  He has held this position for the past 26 years.  This national evangelistic effort has grown tremendously since he began work at the request of Dr. Daniel Harrison, National Director.

Dansby has purchased television time, negotiated hotel contracts at unbelievable rates, obtained various other service contracts and kept the crusade effort out of the red.  He effectively manages the entire business of this effort.

A career military man, he and his family moved to Shreveport on a military assignment during 1975. He gained experience in a wide variety of staff and line positions that were related to management of personnel, materials and finance. He retired from the United States Air Force in December 1984 after 28 years of service.